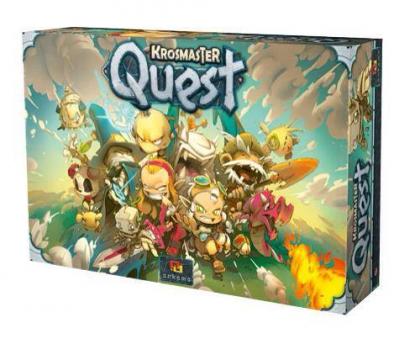 Unlike the head-to-head battles of Krosmaster: Arena, Krosmaster: Quest can be played "cooperatively" (with one player as the "demon" and the rest of the players working together), or as a competition as players look for treasures on tiled boards. The box includes seven new Krosmaster figures with character cards (two exclusive), more than 600 pieces, 16 terrain parts (which can be used in Arena), more than 40 settings, and 6 special dice.