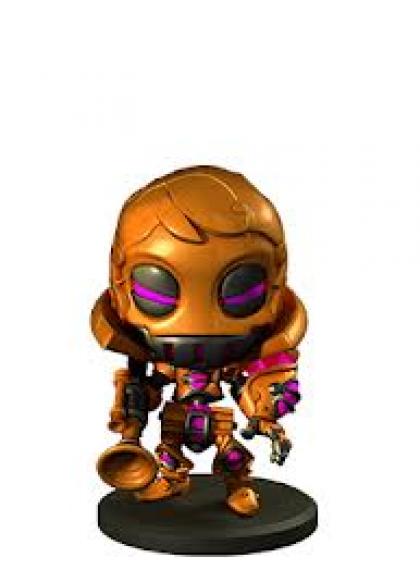 Argon Gass is an promotional figure for the game Krosmaster: Arena.

Foggernauts were originally humans, ones who could wield technomagic. They lived underwater for many centuries in their sunken homelands. Over time, the technomagic they used slowly started to convert them into living machines. The only human thing about them now is their spirit. And after many centuries, the Foggernaunts have risen from their watery prisons to claim the stasis crystals on the land, the source of their power and craving. And Argon Gass is one of them.

Argon Gass plays as a close range fighter, where his short range Sonartillery makes short work of his foe's armor. To assist him with his close range style, he has heavy armor and self repairing capabilities to shrug off attacks, letting him keep going where flesh and bones can't.