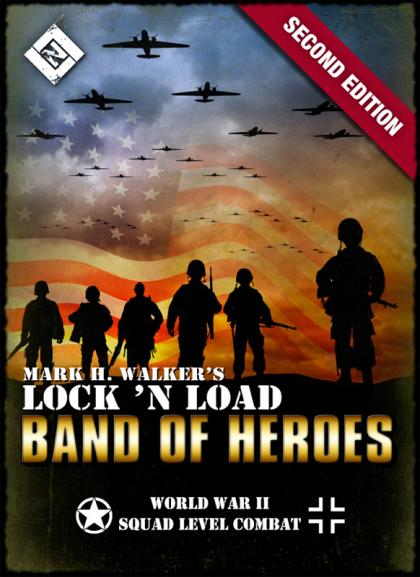 Band of Heroes is a tactical board game tour de force that covers the battles of America's airborne troops during June of 1944. Band of Heroes includes a bucket full of new weapons, squads, and vehicles, including U.S. Airborne, German SS, and Fallschirmjager troops, Tiger, Sherman, Stuart, and PzIIIJ tanks, and MG42, MG34, and M1919A4 machine guns. But the scenarios are the selling point, and this batch of sixteen tells the story of the men from the 101st and 82nd Airborne Division's fighting the Germans in the Norman hedgerows during June of 1944.

This game is no longer available, the new, improved and expanded edition can be found in Lock 'n Load Tactical: Heroes of Normandy