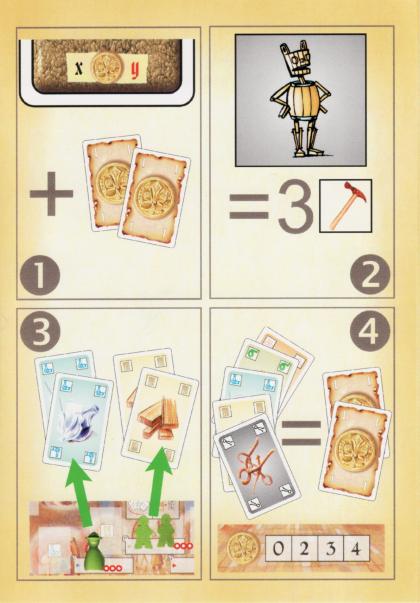 This expansion for Maestro Leonardo (Leonardo da Vinci) was distributed in Essen 2007 to the buyers at the stand of daVinci games and adds the Edicts to the city.

Once the council area has been resolved, players move their men onto one of the four areas of the Edicts. The Edict with the highest number of men is in force for the current turn. Each of the Edicts has a different effect, e.g. the first one gives 2 additional Florins for each completed invention.