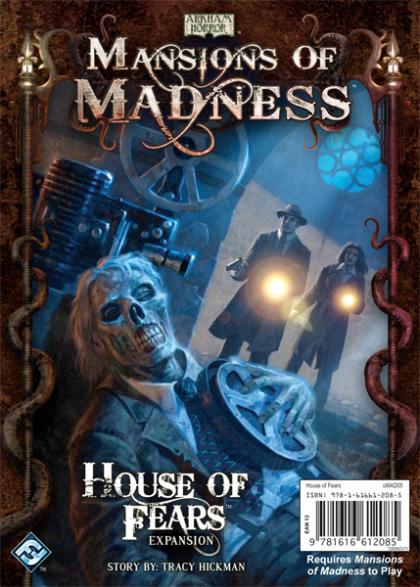 Mansions of Madness: House of Fears

An influential film director is holding a screening of his latest production in the abandoned estate Whale Manor, and you've been asked to attend! There's just one catch: Whale Manor is haunted by the spirits of dead actors, all of whom are cursed to relive the drama of their films again and again.
House of Fears is a print-on-demand story expansion for Mansions of Madness! This cinematic adventure by acclaimed novelist Tracy Hickman thrusts players into a living 1920s movie – but can they escape the horror before the film's tragic ending?