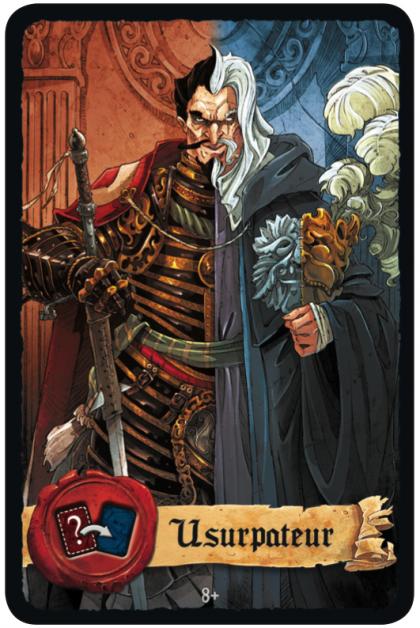 The Usurpateur is a new character card for Mascarade. The player who holds the Usurpateur – or who is at least pretending to hold the Usurpateur – points at another player and announces what he thinks this other player's role is. If he's correct, he gains the power associated with the role guessed. (Note that if the revealed card is immediately to the left of the Usurpateur, the player who is next in line to play must take the second action: "Swap cards or not".)