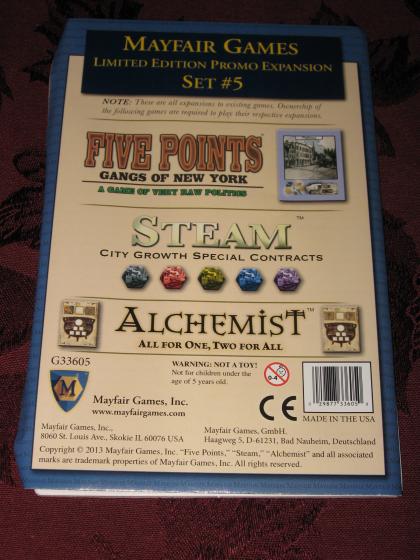 Five Points: Gangs of New York – Flophouse
Includes 1 extra building tile. If you control this building's space at the end of the round, then you can remove up to 3 of your rabble from any neighborhood tile and return them to your headquarters.

Alchemist: All for One, Two for All
Includes a new variant cauldron and a 3/7 potion value tile which can only be played on the new cauldron.