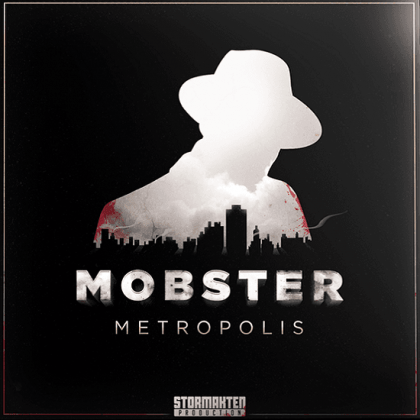 Mobster Metropolis is a 2-4 player strategy game where participants compete to create the most powerful gangster syndicate. Invest in turfs and recruits to generate income and defense, or scheme and attack other players with Drive-bys to take their money. The player with the highest gangster reputation wins the game.&#10;&#10;Each round of Mobster Metropolis is divided into phases, two major and seven short, that represent different actions and events. The structure is provides a clear gameplay and invites both new and experienced players to cunningly plan ahead for their next moves. For example, one phase lets players invest in turfs or recruits, while another is all about attacking or defending. Players will also have to deal with the increasingly tough police that often punishes the most reputable syndicate.&#10;&#10;The game presents several innovative mechanics, like the Drive-by Selector, which let players secretly scheme and target any turf before everyone reveal their plans. The new elements are complimented by proven economic and strategic aspects of great strategy board games.&#10;&#10;Key aspects of the Mobster Metropolis gameplay: &#10;&#10; Allows a wide variety of playstyles, tactics and strategies.&#10; Asymmetrical setup with several elements that change for each game.&#10; Unique game mechanics and parts, such as the Drive-by Selector.&#10; The economic perspective that comes with the creation of a crime syndicate and its murky business.&#10; The possibility to surprise other players through card interaction and participation in events.&#10; The sense of scheming as all players secretly plot their attacks and defense before simultaneously revealing their plans.&#10; The unavoidable conflicts and rivalry triggered by Drive-by attacks.&#10; Card-based combat reminiscent of games like Blood Rage, and facedown token placement reminiscent of games like Game of Thrones.&#10; No dice.&#10;&#10;&#10;&#10;&#10;