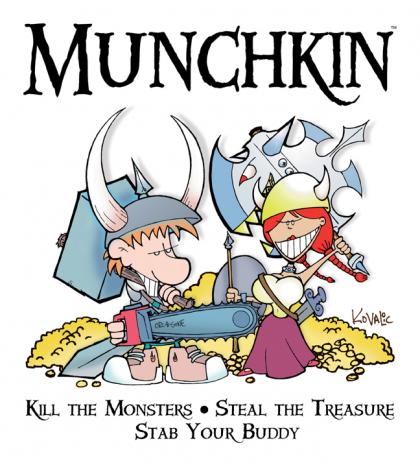 There are many Munchkin shirts - each with a different special power.

If you are wearing an official Munchkin shirt (on your torso, right side out), you may draw one extra card from either deck when you start play or when you come back from the dead.
If you are wearing an official Munchkin shirt it may give you special powers besides the ones listed here - see the official site for specifics.
Shirts autographed by Steve Jackson, John Kovalic, Greg Hyland, Andrew Hackard, or Wil Wheaton have additional powers - see the official site for specifics. (Note that signatures may only be valid for certain shirts.)
Wearing two or more Munchkin shirts at the same time does NOT give the bonuses from both shirts. The one on the outside rules.
Use of the Cheat card overrides Rule 4 and lets you benefit from two shirts. (It doesn't matter which one is outside).
But under no circumstance is there any bonus for MORE than two shirts.

It is NOT an official tournament rule, but if you wish to make a house rule that a "Lose Your Armor" card requires you to remove your shirt(s), we cannot stop you.

Four Horsies of the Apocalypse T-Shirt

Heart of the Anomaly T-Shirt