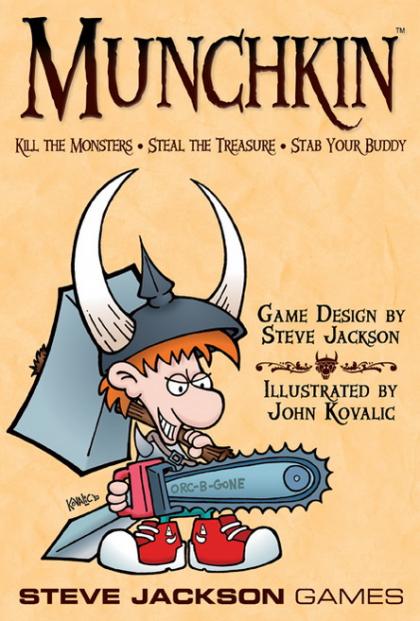 Go down in the dungeon. Kill everything you meet. Backstab your friends and steal their stuff. Grab the treasure and run.

Admit it. You love it.

And it's illustrated by John Kovalic! Fast-playing and silly, Munchkin can reduce any roleplaying group to hysteria. And, while they're laughing, you can steal their stuff.

In May 2010, Steve Jackson Games made the "big announcement." Many rules and cards were changed. See The Great 2010 Munchkin Changeover for details. Of note to Munchkin fans, the Kneepads of Allure card, which had been removed in the 14th printing, was added back to the game but modified to be less powerful.