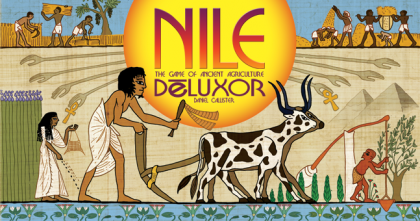 Nile DeLuxor is a reprint of the card game Nile that includes a new expansion in the box. The expansion adds several new cards including two new crop types, monuments, and turn counter cards. The number of players is also expanded to allow for as many as 6.