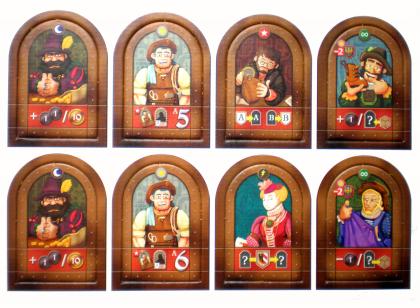 Norenberc: Bonus Townsmen is an expansion for Norenberc that was originally available to early adopters at Essen 2010.

It consists of eight additional townsmen, which have a red background to distinguish them from those in the base game. They are shuffled into the starting deck before any townsmen are returned to the box. The bonus townsmen are two "Bankers," two "Jack-of-all-trades," one "Historian," one "Merchant," one "Haggler," and one "Duchess."