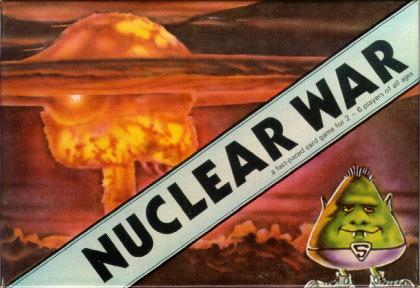 Satirical game in which each player represents a "major world power" and attempts to gain global domination (or annihilation) through the strategic use of propaganda or nuclear weapons...

The latest reprint of the game features new artwork on the cards and two new cards: