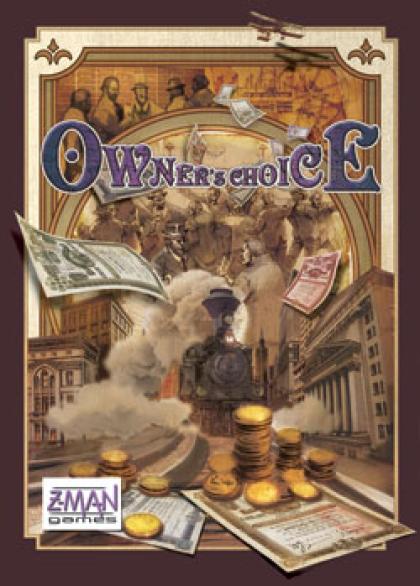 Owner's Choice is an economic game in which the players must look to manipulate the stocks of four companies by trying to buy low and sell high. The players that own the most stock in a company assume the role of the President, with other players assuming the role of investors.

Owners have greater control over the fortunes of their companies' stock and they can make great profits but can also lose big as well. Importantly the Owner of a company can sell it for the market price at game end, whereas Investors can only make money by earning dividends, which are far less than the company price. As the game unfolds the players must decide how best to make money and potentially undermine some companies to reduce the fortunes of their competition.

The game's length is dictated by a pawn that moves around the board, which is a square similar to Monopoly. The players have some control over how many spaces the pawn can move in each turn, and the kind of space it lands on allows for a variety of things to happen.

Once the pawn reaches the Goal square it is time for Owners to sell their companies and Investors to cash in their stocks for dividends. The player with the most money wins the game.