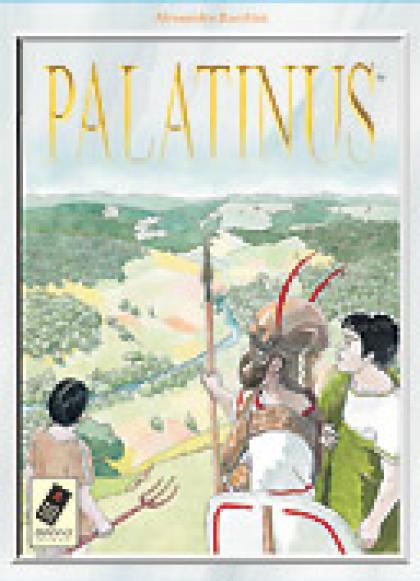 780 B.C.: Italian Peninsula: The land that will host the foundation of Rome is a center for flourished trading and harsh fighting: from this struggle the population that ruled half of the world was born. Who will rule the city that is rising around the Palatinus?

Palatinus is a tile-laying game settled on the Seven Hills of Rome.

On a modular board changing at each game, players place their inhabitants (soldiers, merchants, farmers) trying to conquer the lands. Inhabitants interact between them and at the end of the game player will be awarded the control of one or more hills, or fame:

- soldiers capture revolting farmers;
- merchants and farmers dominate the hills;
- farmers only get great benefits from being placed near a water spring.

The usefulness and power of each inhabitant is relative to the number and kind of the inhabitants surrounding him, with a simple and elegant mechanism, in the classic tradition of the so-called German games.