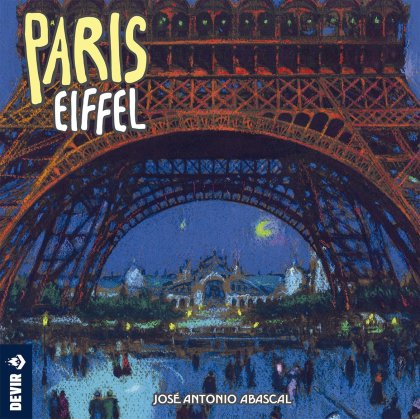 The tower built by architect Gustave Eiffel rises high above Paris, announcing the inauguration of the Universal Exposition. There are those who define it as a monstrous iron cyclops and others as the first step into modern architecture. There is no doubt it will leave very few indifferent.&#10;&#10;Paris Eiffel is an expansion of Paris: La cit&eacute; de la lumi&egrave;re. There are eight new action postcards that provide far more variability in the game. The postcards are accompanied by a series of die-cut figures that will add a spectacular third dimension to your Paris.&#10;&#10;In this expansion you will visit Parisian marvels such as the Arc de Triomphe, the obelisk of Luxor, Louvre Museum, and naturally, the Eiffel Tower.&#10;&#10;&mdash;description from the publisher&#10;&#10;