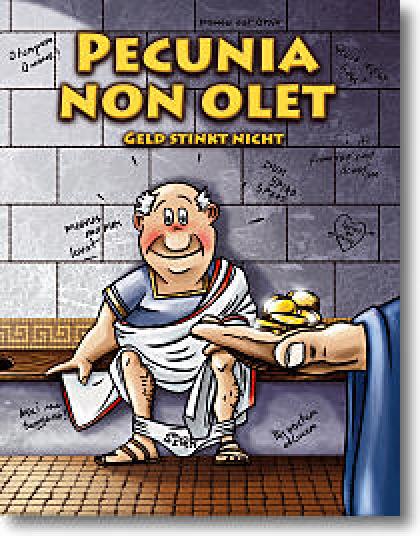 A card game in the old Rome, in which the players act as rental toilette owners, who have to earn their money from the Romans , who feel an urgent need...
You have three toiletts to rent to several different types of Romans: Women, who can share a place, senators, who refuse to sit next to slaves, and citizens. Each Roman has a specific amount of time he/she will need and a sum of money he/she will pay afterwards. Whoever reaches a certain fortune (depending on the number of players) wins the game.