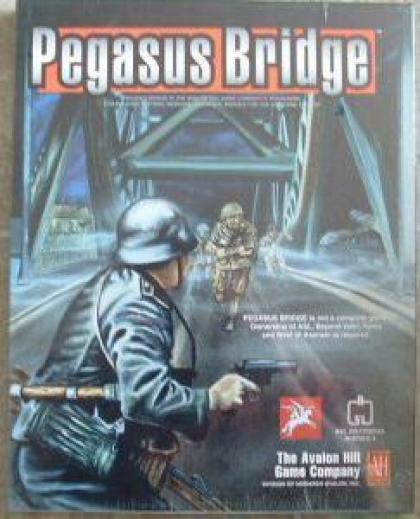 Fourth Historical Module for Advanced Squad Leader, recreating the fighting for the famous Pegasus Bridge during the invasion of Normandy.

A few minutes past midnight, June 6th 1944, glider-borne D Company, 2nd Oxfordshire and Buckinghamshire Light Infantry seize a key bridge over the Caen Canal in Normandy. This elite company, along with the paratroopers of the 7th Battalion, 6th Airborne Division must hold the bridge until relieved. Throughout the remainder of June 6th, the glidermen and paratroopers repulse eight different German counterattacks from elements of the 21st Panzer Division and the 716th Infantry Division, until finally relieved by the Warwickshires advancing from Sword Beach.