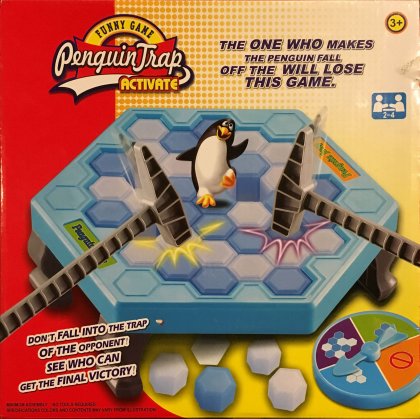 An evolution of the classic Don't Break the Ice, using hexagonal blocks in two colours instead of square, which adds a little more strategy. Also added is a spinner which dictates which colour of block a player should attempt to remove.&#10;&#10;Apparently popular in China and spreading worldwide under a variety of English translations.&#10;&#10;