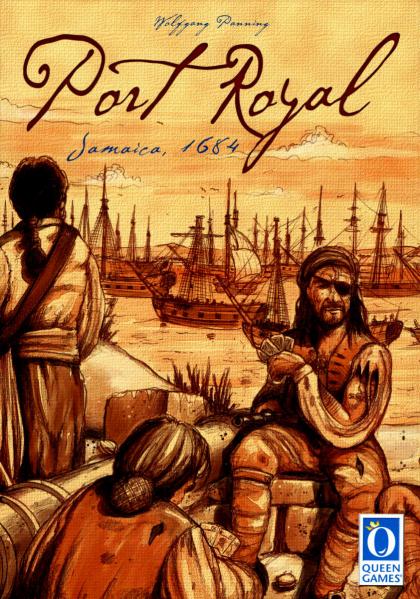 Jamaica 1684. The entire West Indies Sea is in the hands of the King of Spain. The Spanish fighting and trading fleets rule the Caribbean. The whole Caribbean! In the center of it is the island of Jamaica and the port of Port Royal. Under the protection of the English crown and equipped with letters of marque, a place of refuge is offered here for the boldest freebooters. Here they live life to the full, celebrate their triumphs and boast of their journeys. Here they haggle and toddle around the goods that were captured, in order to load them on their ships and to sell them for a profit.

The goal for each player is to have the largest amount of booty loaded on his ships, but each ship can only hold a limited amount. All debts incurred during the game must be paid off from the player’s winnings. Player with the highest score wins