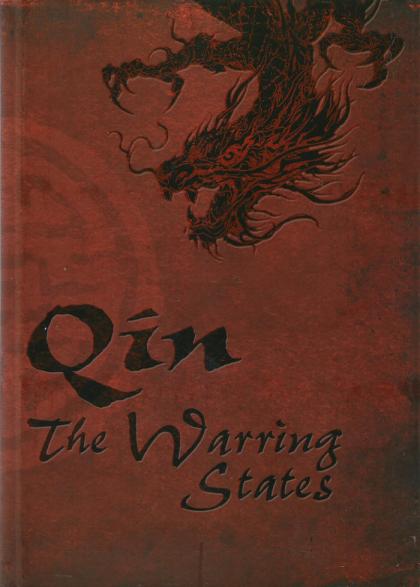 From the publisher "China. 240 BC. The state of Qin is the most authoritarian and brutal of all the Warring States. Its vast and disciplined army stands ready to embark on its great project : the union of all things under Heaven into a single Empire, or Tian Xia. But you can still change the course of history. Become a legend ! Enter the epic world of Warring States China, a world of colorful myths and timeless legends, bold wu xia and beautiful courtesans, wise scholars and scheming eunuchs, exorcists and monsters. All await the daring exploits and noble deeds of a new generation of heroes.

You're a hero. Become a legend !

• A historical and cultural presentation of Ancient China.

• A description of each of the seven states, each with its own powerful factions, key figures, and closely-guarded secrets.

• A description of the four mysterious ways of Magic.

• A game system enabling you to recreate the spectacular action scenes of Chinese martial arts movies.

• An introductory scenario which will transport you to the heart of this ancient and fascinating world. "