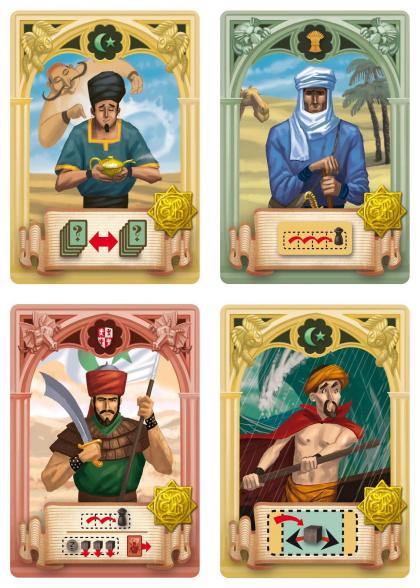 NOTE: Rattus (the base game) and the Rattus: Africanus expansion are required in order to play with these four new character cards. They can also be combined with the character cards from Rattus: Pied Piper and any other promotional character cards.