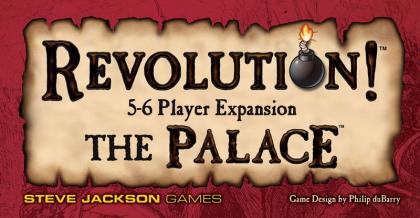 Included in the expansion :

New Palace Building
The Palace Building tile is placed over the park space on the original board and is worth 55 support. It has 9 empty spaces for influence tokens, 1 being in a separate area on the tile called the Guardhouse. Any player who has an influence cube in the guardhouse is protected from having any of their influence cubes moved on the board.