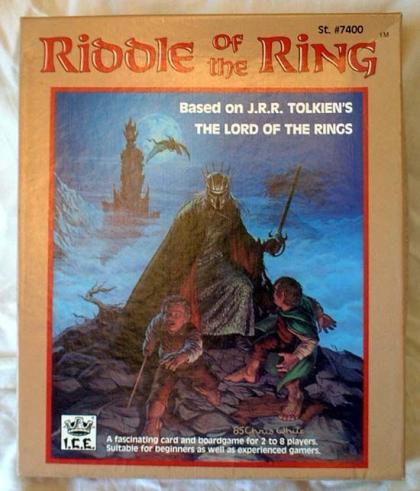 Riddle of the Ring

There is a map of Middle Earth but this is a card driven game. The map generally hinders movement and supplies places to draw cards. Cards can be tools to help you fight or move through types of terrain at a reduced cost.

Though game play is simple and fast, strategies and subtleties of play are not always obvious and requires intelligent play through good timing in movement, using cards effectively, and especially having Friendly Exchanges and Power Plays in combinations to achieve maximum advantage.