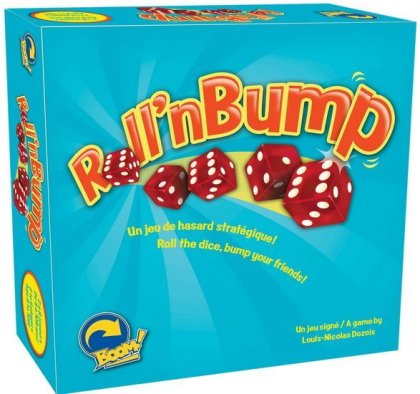 Shake Out! is a dice-rolling game of set collection that's fun for young and old.&#10;&#10;Players take turns rolling their dice to try to match hands shown on the nine available cards on the table. Players can place their dice on matching cards in the hopes of claiming them. Watch out &ndash; if someone beats your roll, they'll bump your dice off and have the chance to claim the card for themselves!&#10;&#10;At the end of the game players score points printed on each card based on the difficulty of the dice sequence as well as extra points for collecting cards in each of the four suit colours.&#10;&#10;