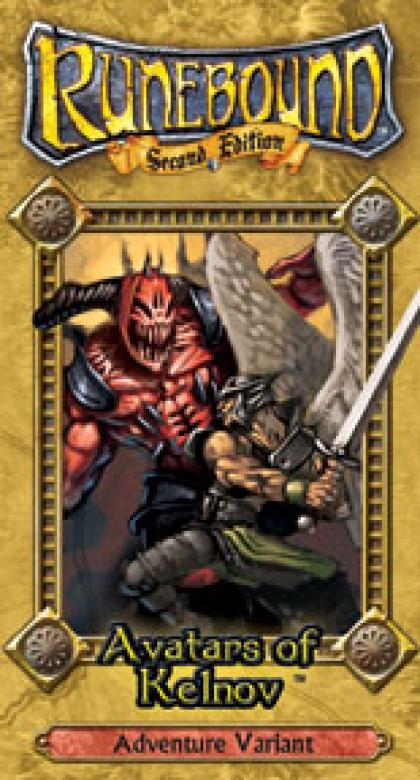 "The Avatars of Kelnov expansion pack is a whole new adventure set in the Runebound land of Terrinoth! In a time before time, the gods banished the wrathful All-Father Kelnov and his Avatars, out of this world and out of history. His return is prophecied to herald in an age of peace - but whether it will be an age of peace under a tyrannical god, or an age of peace and freedom, is up to the heroes to determine ...

The Avatars of Kelnov adventure variant replaces some elements of the Rise of the Dragon Lords adventure found in the Runebound (Second Edition) base game, creating an entirely new game experience! It includes 30 new adventure cards."