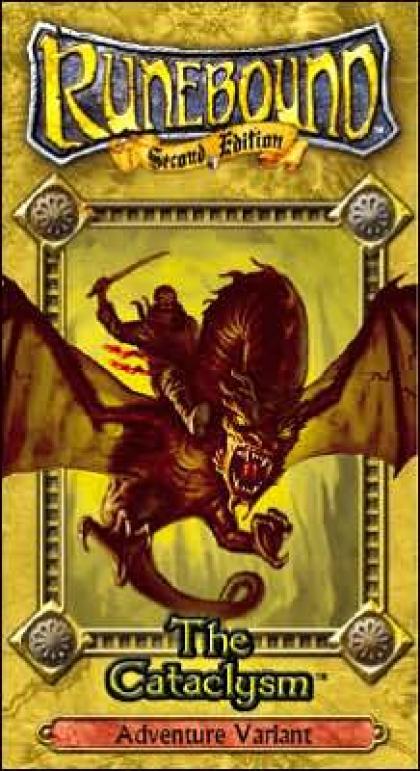 On the night of the cataclysm, a star fell from the sky, and the land was shattered. Many of the free towns were destroyed; the rest fell prey to terrible curses. Only the most courageous and clever of heroes can free the remaining towns from the beasts, spells, and afflictions that plague them. In this variant game, in addition to normal adventuring, the players must face the obstacles and dangers lying within the cursed towns. If they can overcome them and successfully return from special quests, they may become the towns’ saviors, and the free towns will once again be able to rebuild.

The Curse of the Cataclysm adventure variant replaces some elements of the Rise of the Dragon Lords adventure found in the base Runebound game, creating an entirely new game experience!