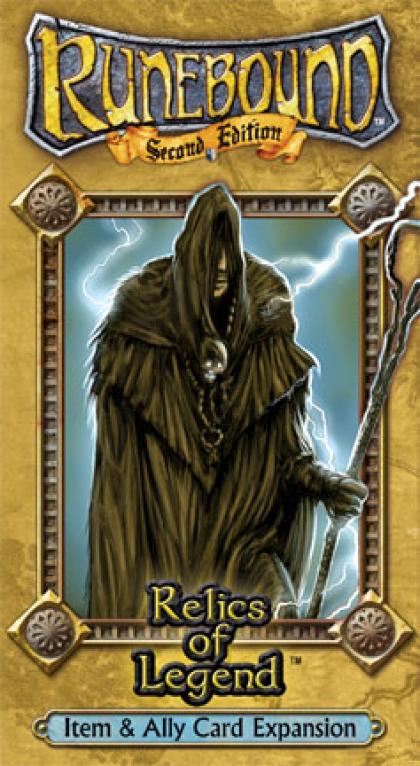 "During the Dragon Wars, the free cities of Terrinoth created powerful Items as tokens for their champions. They gave these Artifacts, Weapons, Armor, and even Allies (in the form of magical animal statues that come to life) to the Heroes of the land. Now the Relics of Legend are scattered, but great power will come to those who gather them.

The Relics of Legend expansion pack adds new Market cards - both items and allies - to the Runebound (Second Edition) basic game. There are no new rules to learn, simply shuffle the cards into the market deck and begin playing.