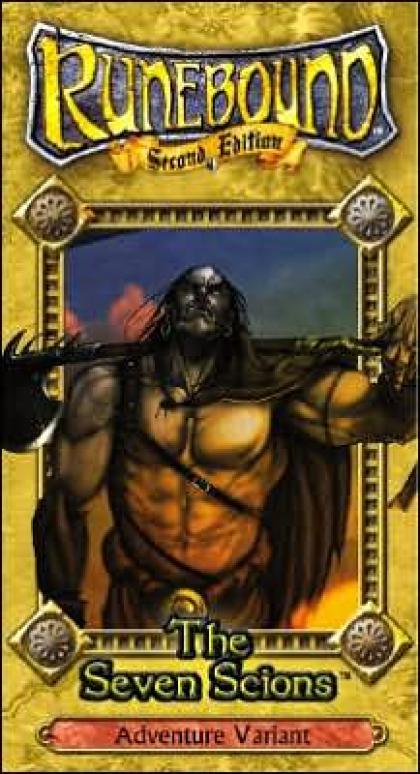 A storm is coming; a storm unlike any the world has ever seen. It consumes all that it touches, and soon everything will be shrouded in its darkness. Your only hope is to awaken the Seven Scions of legend and, with their help, destroy the Stormlords. This variant game introduces new rules and two new types of card: Storm cards, which act as a clock (hastening the story and the game to a close), Events, and special Challenges all in one, and Scion cards, a new type of Ally that any Hero can call on in a moment of need.

The Quest of the Seven Scions adventure variant replaces some elements of the Rise of the Dragon Lords adventure found in the base Runebound game, creating an entirely new game experience!

The rulebook also includes a rule-set for co-op play.