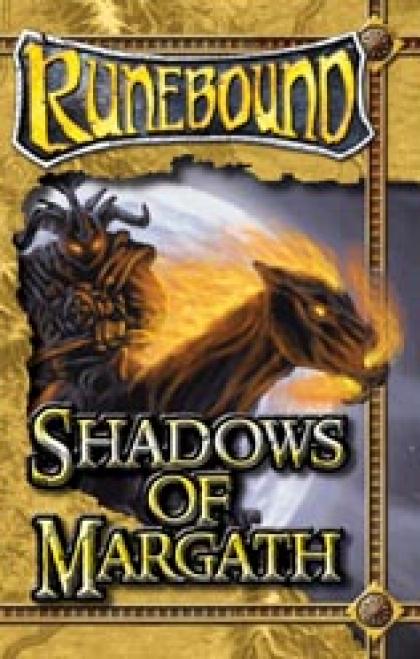 This is the first expansion pack to Runebound (First Edition). The pack introduces 29 new adventures cards featuring an assortment of dangerous new monsters, encounters, and events that can be added seamlessly to the Runebound basic game.

"Undead legions are on the march, there are dire omens in the sky, and the air is full of fear, as the long, cold shadow of Margath stretches across the land, growing darker with each passing day!"