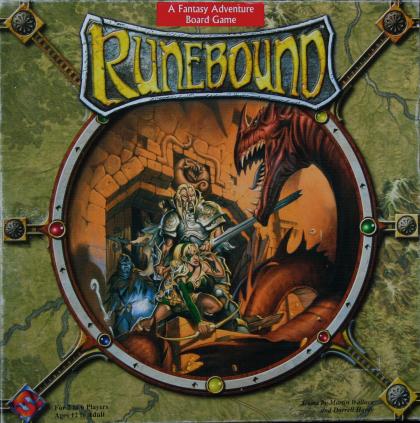 Runebound is playable solo and the first edition was updated with a 2nd Edition in 2005 (only 1 year after its release).

Runebound 1st Edition is different from 2nd Edition in that the original game featured a d20 and this was replaced by two 10-sided dice in the 2nd edition, which helped to better balance the luck factor.