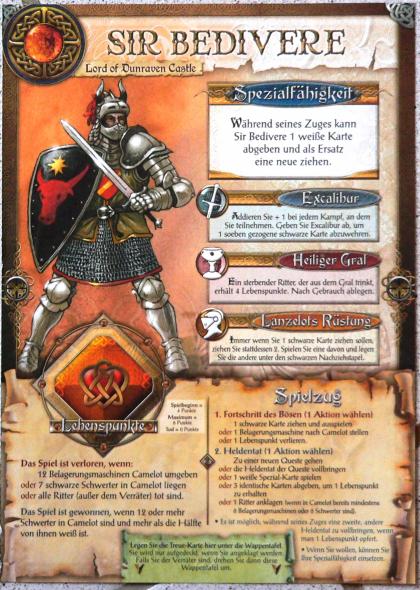 The 8th Knight was part of the (German) Spielbox-Magazin Number 3/2005.

Subsequently, the miniature along with the character card and an orange die appeared in Shadows over Camelot: Merlin's Company.