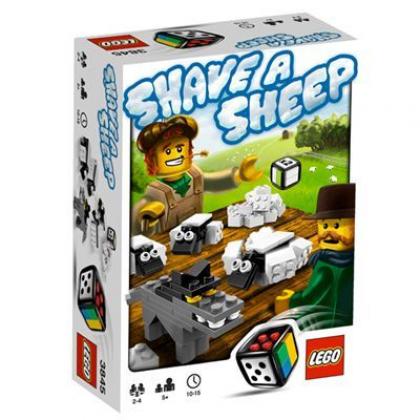 Part of the LEGO Games family. Every player has one sheep made out of Lego bricks. The player who shears the most wool from their sheep wins. To shear your sheep you have to roll the Lego die. But look out so the bad wolf won't scare your sheep. As the game is made from Lego bricks you can alter the game and dice as you like. Also included in the game are alternate rule suggestions.