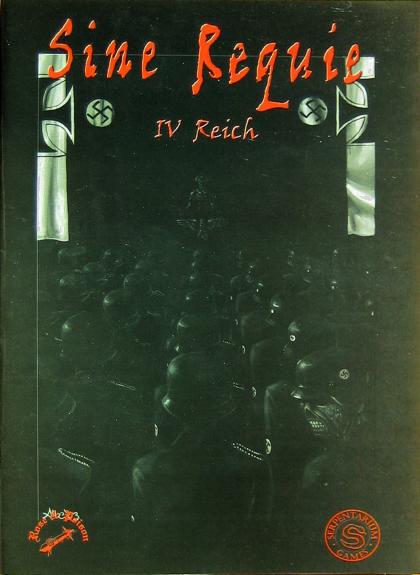 The III Reich claimed the victory in WWII, and took the name of IV Reich. In these lands, ruled by nazi dictatorship, life is regulated by cruel and inflexible laws, and personal freedom is no more than a dream. The walled cities remain in the same state as ten years ago, when the Dead rose up, and nothing seems to have changed: life continues, oblivious to the horror crawling outside the city limits. Gestapo soldiers patrol the streets to keep order, maintaining a regime of terror and sorrow; platoons of savage SS deport more and more citizens toward Re-educational Camps, from which no one returns; and in the name of a new religion, born from the ashes of Christianity, churches are profaned and converted, waiting for the new Führer-Messiah to come, he who will guide the Reich once again to the conquest of the world. Many secrets await hidden among the crowds, in the palaces, or in the woods; rival factions secretly vie for the fall of the regime, while nightmare creatures, powerful and sheltered, demand the flesh of the German citizens.