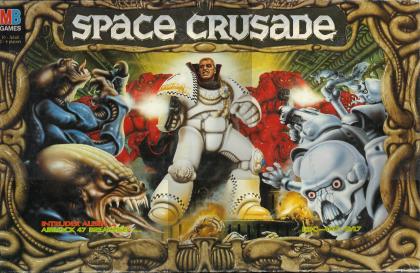 SPACE CRUSADE is a cooperative effort between Milton Bradley UK and Games Workshop. It takes the role-playing elements from Milton Bradley's HEROQUEST and merges them with Game Workshop's dark vision of the future.

"One player must control the aliens. This player is called the ALIEN PLAYER. The other players control the three Commanders and their Space Marines. The players are called the MARINE PLAYERS.

Un po' difficilotto per i Marines.