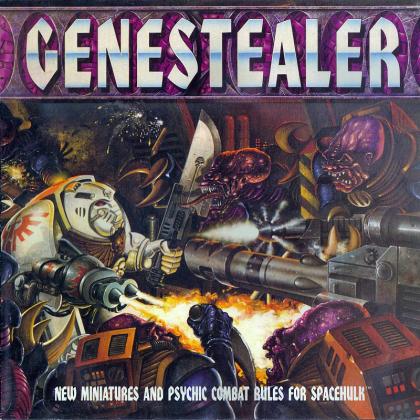 As well as rules for all the new weapons, there are 16 new Blips allowing you to include the Genestealer Hybrids and group of up to 6 purestrain Genestealers.

The new floor plan include 8 new wide corridor sections and 3 new geotiles to expand the Mission Generator from Deathwing.

Note: This is not a complete game. A copy of Space Hulk is required in order to use the contents of this expansion.

This expansion of Space Hulk adds some new features to the basic game: