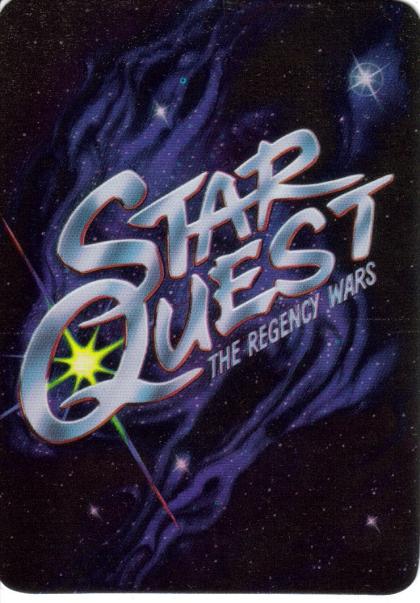 Star Quest - The Regency Wars, is a collectible card game of waring factions, struggling to gain control over a galaxy decimated by a deadly viral disaster. Fast, strategic, political, and tactical, the game focuses on five factions (the Imperium, Cyborgs, Saurians, Vor' Pa, and the Gorgon Horde) and their efforts to conquer and rule one another.

The game's initial set had 325 different cards written in English and German. A 100 card expansion called Origins was planned but never printed.