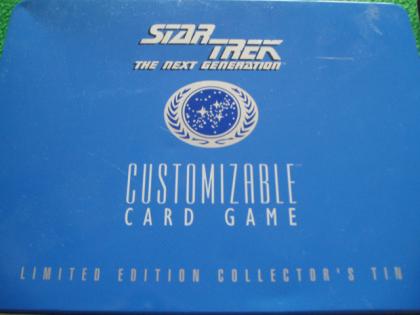 A customizable card game (CCG) set in the Star Trek universe. Players play ships and crewmembers and attempt to "solve" or complete missions at discrete "locations" while preventing their opponent from completing them. First player to 100 points, or with the most points when one player's deck runs out, wins.

See also the 1996 release from Fleer/Skybox: Star Trek: The Card Game in The Original Series setting.