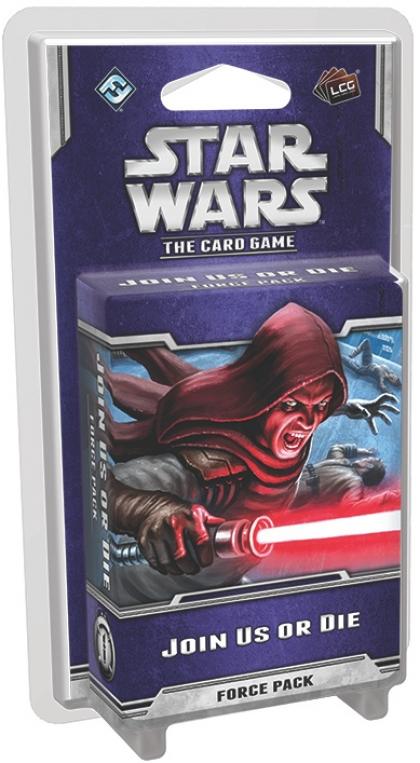 Star Wars: The Card Game – Join Us or Die

Players uncover new game options in Join Us or Die, the fourth Force Pack in the "Echoes of the Force" cycle for Star Wars: The Card Game. The power of the Force reveals itself as the Imperial Navy receives deadly reinforcements, and the Rebel Alliance engages in espionage. Meanwhile, the second phase of the Dark Trooper Project begins, and Jedi Master Yoda's power reaches new heights. Whether infiltrating Imperial strongholds or riding with Jawa raiders, the Force is with every player in Join Us or Die.

This Force Pack includes ten new objective sets (two copies each of five different sets) to open the way for new player strategies, along with two new fate cards to add depth to edge battles and the Force struggle.