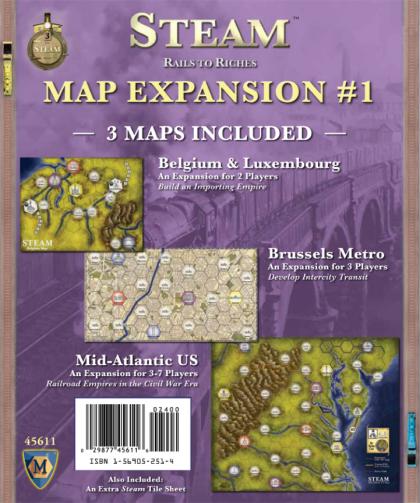 Steam: Map Expansion #1 provides three maps in the same pack. One side of the game board features a map of the Mid-Atlantic United States suitable for 3-7 players and subtitled "Railroad Empires in the Civil War Era". The other side of the game board has two maps: Belgium & Luxembourg ("Build an Importing Empire" for two players) and the Brussels Metro ("Develop Intercity Transit" for three players).