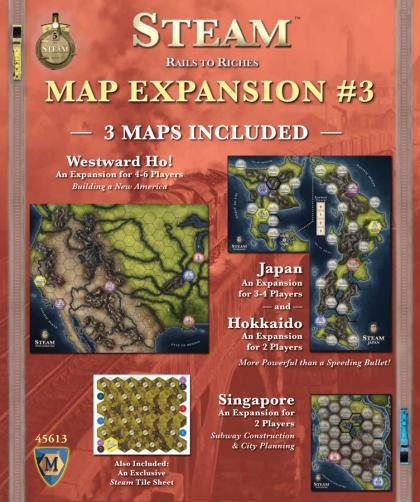 Steam: Map Expansion #3 covers a lot of ground on the included double-sided game board. One side, titled "Westward Ho!", features the western two-thirds of the United States and is for 4-6 players. The other side features Singapore, with a "subway construction and city planning" competition for two players on one of the four game board panels, and Japan and Hokkaido on the other three panels. Hokkaido can be played on its own as a game for two players, or it can be combined with the rest of Japan to have a map appropriate for 3-4 players.