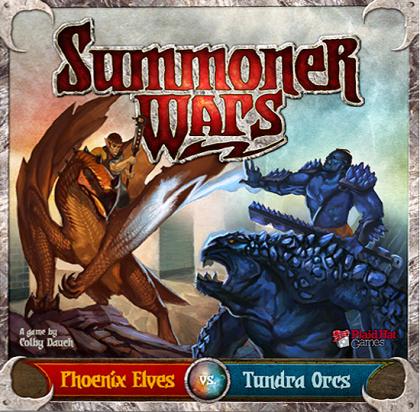 Blood will flow in the Wasted Summerlands!

What was once a fertile land of unparalleled beauty was replaced by a wasteland of ice. Now the Phoenix Elves, trapped for millennia in their volcanic halls, have found a Summoning Stone and are ready to seek revenge for the destruction of the Summerlands. But in their way are the Tundra Orcs: frozen reavers with a Stone of their own, as well as plans for grisly conquest.

This Summoner Wars Starter Set provides two complete Faction decks, as well as all the materials needed to play games of Summoner Wars.