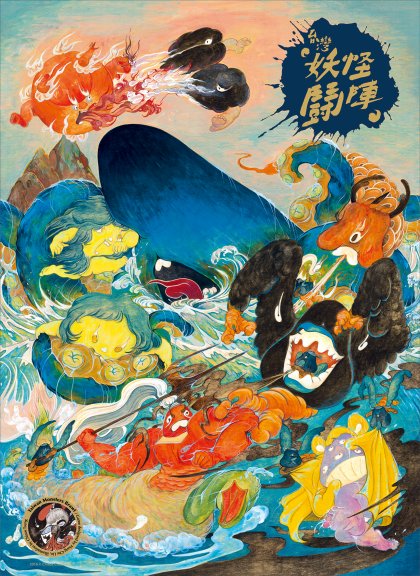 Taiwan Monsters Brawl is a game steeped in the rich cultural heritage of its homeland. From folklore legends and tales told in hushed whispers in remote villages, the monsters found within hail from the north to the south and everywhere in between. Shedding the more traditional horror elements, we've designed a game that is fun, culturally informative, and enjoyable for everyone.&#10;&#10;Taiwan Monsters Brawl is a light strategy board game for 2-4 players. Players control different monsters and challenge each other's monsters to combat. The outcome of the combat is decided by rolling dice and exploiting the monster's Ultimate Power according to the runes available on the monster board, in combination with the spell cards.&#10;&#10;Each round, the player can challenge another player's monster to a duel. The winner is determined by rolling challenge dice, with the winner receiving victory points (VPs). Spell cards can be used to enhance the power of the monsters to receive an advantage during the duels. The monster with the most VPs will be the most monstrous of them all.&#10;&#10;