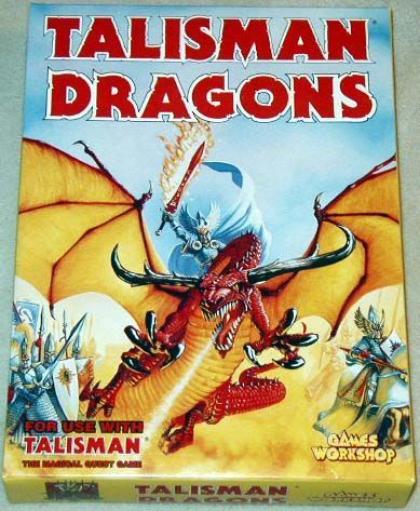 The sixth and final expansion for 2nd Edition Talisman. Talisman Dragons contains over eighty new Adventure cards to be added to the Talisman game. The land is now infested with Dragons and players will have to defeat many of these powerful monsters, as well as overcoming the minions of the Dragon Cult and the many other perils included on the new Adventure cards, if they are to complete their quest. Fortunately, there are new followers and powerful magical artifacts to aid players in their struggle against the evil Dragon King - if they survive long enough to find them!

Talisman Dragons also includes four new Characters for you to use, each with their own unique abilities and powers.