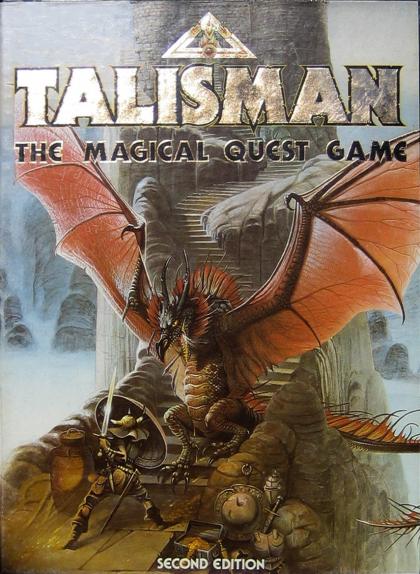 The game board represents a fantasy land. Players chose a character from a list of semi-standard fantasy types: Barbarian, Wizard, Monk, etc. The objective of the game is to travel through the land encountering event cards and gathering strength along the way. Hopefully players will eventually become powerful enough to travel to the center of the board, endure the trials there and take the Crown of Command for the victory. There were also several expansions released for this game, which add new character choices and new places to travel.