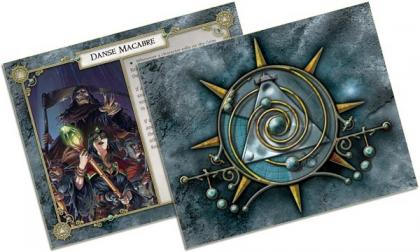 Fantasy Flight Games has made a couple of bonus Alternative Endings available via the Talisman Support Pages.

Alternative Endings were introduced in Talisman (Revised 4th Edition): The Frostmarch Expansion and will no doubt feature more as new expansions are released.

Danse Macabre is an Ending which requires Talisman (Revised 4th Edition): The Reaper Expansion as it features the Grim Reaper himself from the expansion.

Of course, you will require the card back which is also available on the Talisman Support Page!