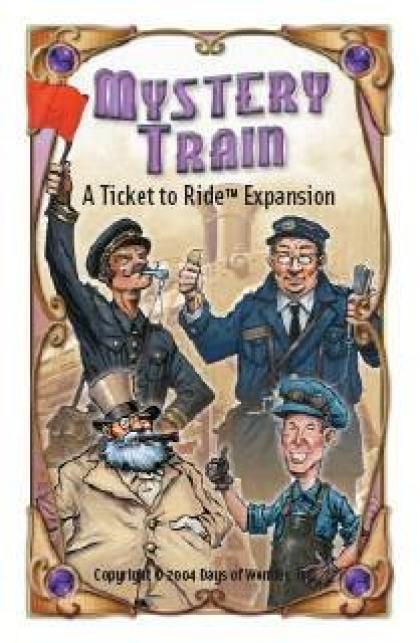 Mystery Train - A Ticket to Ride Expansion adds some cards to the Ticket deck. Four of these are routes the other additions aren't actual tickets, though. Instead, they are special cards that allow you to get bonus points at the end of the game, with the exception of one card that allows you to, in lieu of a turn, look through the entire deck of tickets and take any card you want.

This expansion is available as a free giveaway at Essen in October '04, and in the December '04 Game Trade Magazine. It should also be available to distributors, retailers, and through the daysofwonder web site when it's in print.