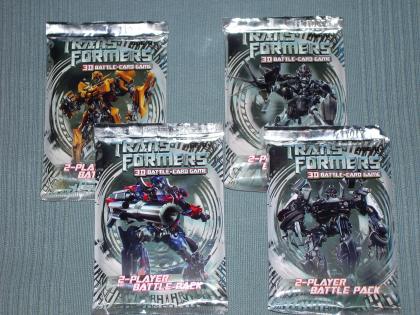 Based on the film releasing July 4th, with additional favorites from TRANSFORMERS history, the TRANSFORMERS 3D battle-card game lets you take total control of your favorite AUTOBOT and DECEPTICON characters! Crack open a pack and start building your 'bots. Or, build them in their vehicle form using the same set of pieces! Once you've assembled your characters, battle away, because even though they're fun to put together, they're even more fun to play with!