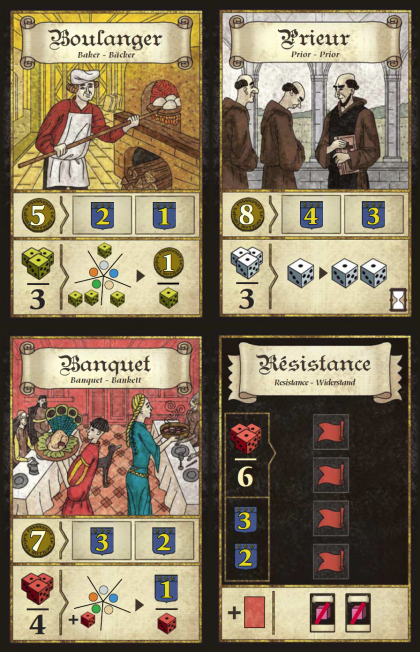 A set of Promo cards for Troyes was released at the International Games Festival in Cannes. These are available for purchase from the BGG store.

There are 4 included cards are as follows:

Sells his bread to every civilian still present in town. Earn 1 denier per yellow die present on all districts of the city square.

Optimizes the work of the monks. Use one white die as if it were two white dice of the same value. It is not possible to use more than one white die for this action.