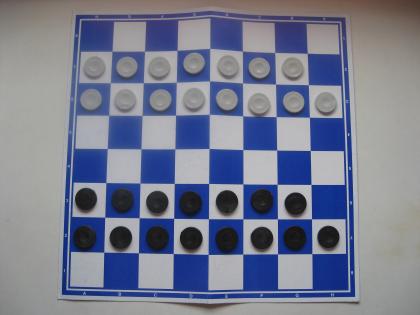 It is a common form of checkers widely played in the Middle-East, where it is known as Dama.

Played on an 8×8 board, it differentiates with most other games of the Checkers Family because pieces move straight forward or sideways, not diagonally. When a piece reaches the last row it promotes to a flying king (Dama) which moves like the rook in Chess.